Downriver communities near Detroit and Dearborn (such as Allen Park, Lincoln Park, Wyandotte, River Rouge, Melvindale and Ecorse) were developed in the 1920s-1940s and are identified by brick and mortar homes (often bungalows), tree-lined streets and Works Progress Administration-designed municipal buildings, typical also of the homes within Detroit’s city limits.

Communities that developed further south in the postwar period of the 1950s-1970s, such as Southgate, Taylor, Riverview, and Trenton, are more closely identified with tract homes and subdivisions. Through the 1980s, areas such as Huron Township, Flat Rock, Rockwood, and Woodhaven were undeveloped, and there are still some operating farms.

The Downriver cities of Ecorse, Gibraltar, River Rouge, Riverview, Trenton and Wyandotte, as well as Brownstown Township, are directly bordered by the Detroit River. Grosse Ile is an island community located in the middle of the Detroit River between mainland Downriver communities and the Canadian towns of LaSalle and Amherstburg, Ontario.

Derek Dutko Realty can provide you with detailed neighborhood statistics including current homes for sale, recently sold homes, average sales price, days on market, price per square foot, and much more! Fill out the information on the left side of the screen and we’ll get in touch with you.

Derek Dutko has always had a deep passion for helping people. Before starting a career in real estate, Derek received his B.A. from Wayne State University and began a decade long career in child welfare for the State of Michigan. Licensing foster homes allowed Derek to thoroughly view and inspect different types of properties in numerous cities. Derek currently resides in Royal Oak with is wife, young child, and English Bulldog. 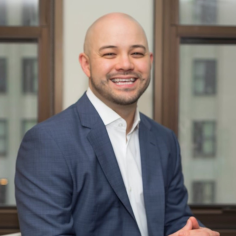 Derek Dutko
Get Social With Derek

Whether you are looking to purchase your dream home or trying to sell your current home for top market dollar, Derek Dutko Realty can make it a reality. Let me show you how I’m Putting the Real Back in Realty.